Skip to content
Posted on January 7, 2016 by Jack of Wands

This is going to be a bit of a strange post.

Quite a while back, I posted about the Tarot altar I have set up in my apartment. I think that setting up such an altar is an excellent idea for any Tarot reader, and I’m actually not the only one to have had such an idea. There’s a great post by Voodoo Universe over at Patheos that talks about different components of a Tarot altar.

But (much to my dismay) the ways that I use my altar, and my reasons for using it, are very different than anything I’ve ever heard of from anyone else.

Let’s backtrack a little bit. In case you, my dearest and most beloved reader, are stumbling across me for the first time, there is something you absolutely must know about me. I am an atheist. To hell with that, I’m an ATHEIST. I scream it from the mountaintops. I have difficulty keeping my mouth shut around my (decidedly Christian) grandmother, and I’ve been known to unintentionally offend those around me by asking unpleasant questions that cast doubt on their fundamental religious beliefs.

And yet I have an altar.

Why? For this, I turn to my dear friend, the magnificently moustachioed Friedrich Nietzsche. Below is a picture of said moustache. 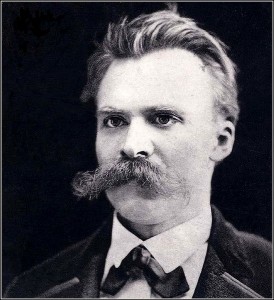 It’s difficult to talk about Nietzsche without sounding incredibly pompous and self-important. (This is doubtless due at least in part to the fact that Nietzsche himself was somewhat pompous and self-important. No one with a moustache like that could be anything else.) But the man had a lot of interesting ideas, many of which were, surprisingly, not crazy. Here, I want to talk about one of his ideas in particular: the dichotomy between Apollonian and Dionysian thinking.

For those of you who may not be familiar with them, Apollo and Dionysus are two major deities from the Hellenic pantheon. Apollo was a sun god, patron of poetry, prophecy, and medicine. Dionysus was the god of wine and revelry, although his purpose in Greek religion is more complicated than that.*

Nietzsche suggested (and be aware that I’m paraphrasing, big time) that these two gods represented a fundamental dichotomy in human thinking between logos (the rational world) and mythos (the mythical world). Apollo is a god of civilization: art, architecture, and rational knowledge are all his domain. Dionysus, on the other hand, is a god of the wild, untamed world, the shadowy woods and the primal animalistic part of human nature that–no matter how hard we try–can never be tamed by Apollonian logos.

What does this have to do with my Tarot altar? Well, I may be an ATHEIST, but I’m an ATHEIST with the logos part of my psyche. My reasons for being atheistic are rational, empirical, and inescapably Apollonian. With my understanding of how the material world works, I simply cannot bring myself to literally believe in deity (even in a disembodied, immanent pantheistic sort of way).

That’s Apollo. But I am human, and I can’t escape the Dionysian psyche. It lives within me just as strongly as does Apollonian thinking. In short, I need mythos in my life.** 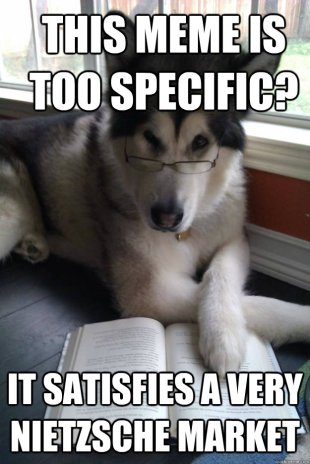 Extending that thought a bit, even though–on the level of real, literal belief–I’m an ATHEIST, I still need religion. In some way, some part of me craves the value of myth. That’s a large part of why I started reading Tarot in the first place, to fill the mythic void left in our largely disenchanted universe.

But to be honest, most myths–most religions–just don’t do it for me. Christianity is blah. Judaism doesn’t really love converts (and is such an ethnic religion that even if one does convert, a lot of the value of the myth is lost). Buddhism is interesting from an academic standpoint, but doesn’t speak to my soul (and besides, coming from the West, I really wouldn’t feel legitimate if I started attempting to practice Buddhism seriously). I’m fascinated with Wicca, but have more theological (and rational-scientific) objections to it than I can count on all my fingers and toes.

And underlying all of it, there’s that one major problem that never seems to go away. I don’t believe in a god or gods of any form. I’ve tried it; it just didn’t feel right.

So what’s an atheist in need of myth to do? I turned to my Tarot cards.

I’ve developed a practice similar to devotional polytheism (think Hinduism or reconstructionist Pagan movements like Ásatrú and Rodnovery). But instead of working with gods whom I don’t believe in,*** I work with the twenty-two archetypal figures of the Major Arcana of the Tarot.

I know the Major Arcana. Each of them is a fully formed character in my mind, a set of thoughts and attributes and whatnot. When things happen in my life (e.g. I have a big trip coming up, or I get in an argument with someone close to me), I tend to interpret those events in the symbolic framework of the Tarot. And even though I don’t believe that the Major Arcana (or the Minor Arcana, for that matter) literally exist as entities or energies outside of myself, they’re so powerfully present (and whole) in my mind that I can work with them the same way theists work with or worship their gods. I can, for lack of a better (and less woo-woo) expression, feel their presence. 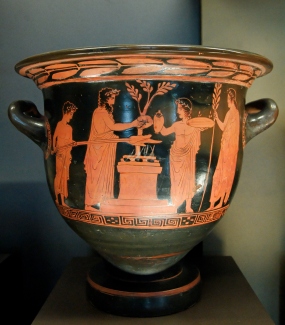 My work with the Major Arcana is identical in almost every way (save the whole “belief” bit) to the practices of devotional polytheists with their deities. I pray to my cards. I have daily rituals. I make offerings. I have a ritual calendar involving celebratory days for each of the Major Arcana (and actually, at some point I might get around to talking about said calendar here on the blog). I even sort of have a patron (although my relationship with the Hierophant is very, very complicated).

All of this might sound incredibly silly, not only because I don’t believe these figures exist (that is to say, there’s not literally a Hierophant in the sky watching over me), but because no one does. (Well, there might be a few people. But I think that the overwhelming majority of the world’s population would say they don’t believe that the figures from Tarot exist in the same way that theists believe their gods exist.) The fact of the matter is, it is silly in some ways.

But damn it all, I need the myth. Tarot provides me with a mythos that works for me, one that speaks to me on a profound level.

The one downside to what I do is that no one else–at least no one I know of–does anything similar. And to be honest, that kind of stinks, because such a large part of the value religious (or pseudo-religious) praxis is in the community it builds.**** I have my Tarot folks. I have my atheists and my ATHEISTS. I dabble around with Pagans who talk about polytheism in one way or another. But no one else I know brings all three together. Woe is me, I’m so dreadfully alone.

Ah, well, that’s not true. It’s great to have a variety of interests and a variety of different groups with which I can talk about them. But what it does mean is that I tend to be extremely solitary in my quasi-religious practice, because even though I find it wonderful and inspiring, there’s guaranteed to be something in it that doesn’t speak to someone else, regardless of who that someone is.

*There was an initiatory cult, known as the Eleusinian Mysteries, dedicated to the death and resurrection of Dionysus. In this way, he was actually an early prefigurement of Christ.

***Part of this is for my own benefit; I’ve tried working with deities from existing pantheons, and I always just felt ridiculous invoking or evoking them when I knew I didn’t believe in them. But part of it is also for the benefit of other people who do believe in those deities. If someone has developed a close personal relationship with Apollo–or even, to use a more widespread example, with Jesus–then I think it would be disrespectful of me to pretend to work with that god when I don’t actually believe in him. Not so much disrespectful towards the god (whom, after all, I don’t believe exists in order to feel offended) but towards the people who worship him. It may be silly, but there you have it.

****And boy, am I aware of what I’m missing by not having such a community. Not too long ago, I got it into my head that I’d like to join a Gardnerian Wiccan coven, to have that sense of community, despite my aforementioned innumerable differences of opinion with Wicca. Or the Order of Bards, Ovates and Druids. Just something so that I could have a sense of structure and mythic community.

15 thoughts on “Tarot, Polytheism, and a Sprinkling of Nietzsche”